Andre Bishop credits his suburban childhood with sparking his interest in Japan- it was the 1980s and to a young boy with self described ‘nerdy interests’, Japan, with its walkmans and manga comics held strong appeal.

After making his first trip to the country as a young adult, he was hooked. Now he has carved out a niche, promoting a product that is synonymous with the Land of the Rising Sun- the traditional drink of sake.

Bishop is one of two known sake samurai in Australia, alongside renowned Japanese born, Sydney based chef Tetsuya Wakuda. He was given the title by the sake industry in Japan in honour of his knowledge of the drink and his efforts to promote it abroad.

Sake, which made from fermented rice known as ‘koji’ and water, has humble and rustic origins. It is believed it was originally created when farmers chewed the rice, waiting for it to ferment. Even after more hygienic brewing techniques were mastered, sake did not become more refined until the advent of more advanced technology in the early part of last century. Now there are more than 1,400 sake brewers in Japan, many with their own distinct styles.

With Tetsuya Wakuda joining him to discuss the origins of the drink, Bishop guides Michael Mackenzie through a sake tasting to explore the diversity of the drink. 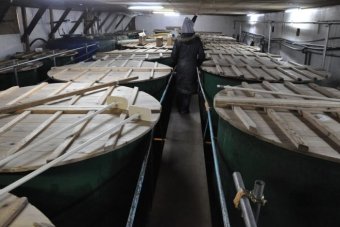 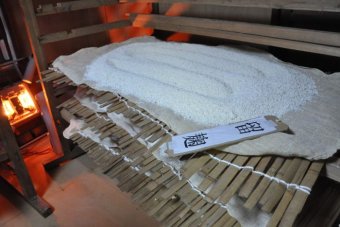